Federal Ammunition is expanding its line of hunting loads, and one of the latest additions is the new Federal Berger Hybrid Hunter ammo. Berger is best known for its long-range bullets, and the new Hybrid Hunter combines a low-drag, high-ballistic-coefficient, secant-forward ogive with the tangent ogive of traditional hunting bullets.

By combining a secant and tangent ogive, the new Berger Hybrid offers the lowest drag possible while maintaining the flexibility of a tangent hunting bullet, which means these loads are less fickle about seating depth. In short, the bullets offer maximum aerodynamics from a bullet that is also forgiving about seating depth, making them an ideal projectile for hunting in conditions where shots can be on the long side and one that will shoot well in more rifles.

These long, copper-jacketed hunting bullets feature a narrow meplat for better performance, and the Berger bullet has a hollow nose cavity that promotes reliable, rapid expansion even at lower velocities. Internally, the Hybrid Hunter is a traditional cup-and-core bullet, so you can expect maximum energy transfer at a broad range of distances and on a wide variety of game animals. Expansion is pronounced at close to moderate ranges, and yet even at long distances you can expect the Berger Hybrid Hunter to open and perform as advertised.

I had the opportunity to test this new load during a Wyoming antelope hunt in October on the wide-open plains around Kaycee. One of the constants while hunting the plains of Wyoming is the wind, so my accuracy tests were conducted with variable 10- to 15-mph breezes.

Using a Savage 110 AccuFit Predator rifle in 6.5 Creedmoor, I managed to shoot groups of 0.8 inch, with the smallest groups averaging just over a half-inch—pretty impressive for an affordable factory bolt gun with off-the-shelf ammunition. Muzzle velocities with this load averaged 2,791 fps from the Savage’s 24-inch barrel with a standard deviation of 16.5.

With the rifle sighted in, the time had come to find a mature pronghorn buck and to sneak into position without being seen, which as anyone who’s ever hunted them knows is easier said than done. I spent most of the time watching the big herds raising dust as they raced off across the plains. It’s easy to understand why Federal selected this particular location to test the first of the Berger Hybrid bullets. Any shot in this country was likely to be long. 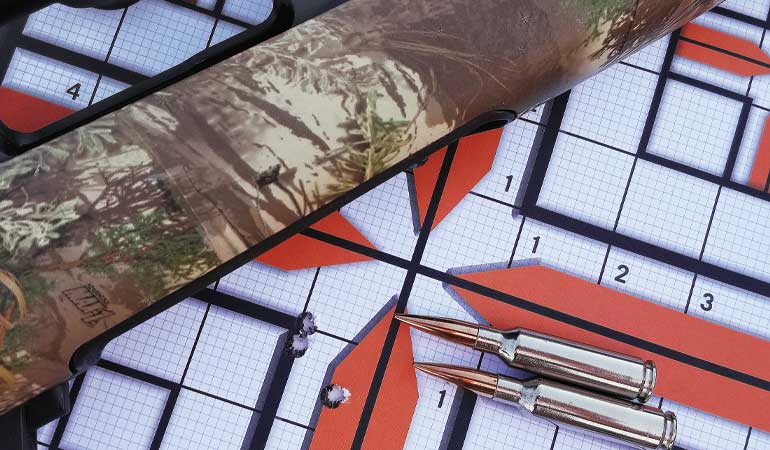 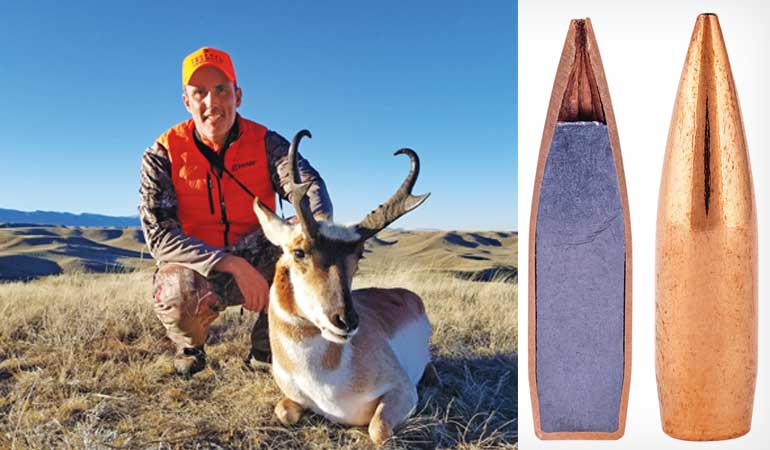 But, as fate would have it, my shot was not particularly long after all. By chance, a group of antelope spooked from one of the valleys and ran directly up onto a wide mesa where we happened to be glassing. Within that herd was a mature buck, and I wasted no time in finding a rest and making a shot at 160 yards.

At the break of the trigger, the buck dropped, hit just behind the shoulder with the 135-grain Berger Hybrid Hunter. Closer inspection revealed that the bullet had expanded rapidly at that relatively close range, and there was complete energy transfer. Perhaps most importantly, the bullet had entered the chest cavity and penetrated deep enough to reach the vitals—a critical feature on any crossover hunting/target bullet.

So who is Federal’s Berger Hybrid Hunter load designed for? Specifically, those hunters chasing deer-size game in open country. In some instances, the greatest challenge for a hunter in wide-open country is not hitting their target but rather having a bullet that’s durable enough to penetrate before shedding energy but still expands at low velocities. By teaming with Berger, Federal offers serious long-range shooters effective hunting ammo that performs as advertised.

On close shots you can expect this bullet to expand violently and rapidly, but at great distances it will still get the job done. What’s more, it’s an accurate load built with the best components yet still affordable. While it’s built with longer shots in mind, it’s a versatile enough round that it will function at a wide variety of ranges and velocities.